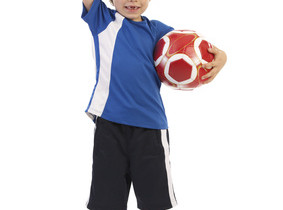 For all of you that have children! – Mark Bugden

According to research by Aviva, the annual bill for sending a child to state school has grown by 11% in the last five years.

Coupled with government efforts to raise the school leaving age to 18 by 2016, this means the total bill for sending a child to state school has increased by more than £6,000 since 2008.

In total, UK parents can now expect to fork out a staggering £12.9bn just in the 2013/2014 school year on the everyday costs associated with their children’s education. This includes:

In addition, UK families spend an average of £558 per child, per year on out of school care.

The cost per family ranges from those who spend nothing each month to those who have a much greater need for support and spend upwards of £160 each month.

And for those parents able to find the additional budget, extra curricular activities could add a further £1,268 per year including up to £480 on music lessons and £120 on school trips.

However, there is also evidence of families cutting back where they can. Parents are using their cars less on the school run in 2013 compared with 2008, suggesting increasing fuel costs are having an impact.

And despite the 11% rise in the annual cost of schooling since 2008, exactly half of parents feel comfortable that they can afford all the expenses of sending their children to school (50%) – with nearly one in five saying they feel very comfortable (19%).

• More than one in ten parents (11%) have moved house to live in a ‘better’ catchment area, with the quality of local schools ranked as more important than transport links and proximity to family and friends when moving home.

• More than one in four parents (28%) has bought a tablet for their children for educational purposes.

• One in four parents (26%) say they aren’t saving to support their children’s university education because they cannot afford to.

Louise Colley, protection distribution director for Aviva says: “The majority of children in the UK are taught through the state system, but it’s clear from our research that this is far from ‘free’ for parents! With even the basics adding up to more than £1,600 per child, per year, this is a significant challenge, particularly for parents on lower incomes.

“Every parent wants to do the best for their children, especially when it comes to schooling, so it’s no surprise to see that many parents are funding educational extras such as overseas trips and additional tuition. All the same, it’s shocking to see how quickly the cost of these adds up.”