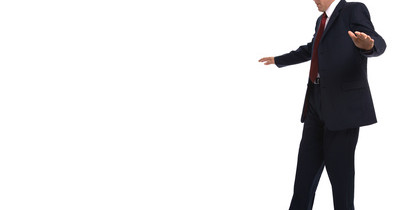 Saw this and it does help to explain how it may effect different people, saver, pensions and mortgages.

The Bank of England (BoE) has announced it will not raise the base rate of interest from 0.5% until unemployment falls to 7% or below.

Governor Mark Carney, just over a month into the role, has said the 7% mark represents the point at which the BoE will “reassess” its interest rate policy. The unemployment rate currently stands at 7.8%.

The BoE’s median forecast for unemployment in two years is 7.3%, according to today’s inflation report, but Carney said longer-term forecasts are uncertain.

The Office for Budget Responsibility (OBR) said in its March Economic and Fiscal Outlook that it expects unemployment to peak at 8.0% in 2014 before falling back to 6.9% in 2017.

This means there is a very real possibility that interest rates will remain at 0.5% for at least four years.

Those most negatively affected by Mark Carney’s proactive stance will be savers. The bank will likely tolerate above-target inflation over the next few years, meaning real interest rates will remain negative.

After 53 months of savings hell, it is little wonder savers are dropping like flies.

According to the Trade Union Congress (TUC), the rate of household savings has dropped by 43% in the past year, partly due to families struggling with rising prices and partly due to the lack of incentive to squirrel away money for a rainy day.

Campaign group Save Our Savers said that although the financial crisis was caused by debt in the first place, this policy continues to favour borrowing at the expense of savings.

The campaign group said that four and a half years of 0.5% base rate have failed to invigorate the economy yet have stolen over £220bn from the nation’s savers’ and removes consumer’s spending power.

Simon Rose of Save Our Savers said: “The Bank of England has failed to meet its inflation target for most of the past seven years. Now it clearly has decided to ignore even higher price rises, inflicting continuing misery on the majority of Britons, in the hope that the same policies that have failed the country since the crisis will somehow magically work in in the future.”

Danny Cox, head of financial planning at Hargreaves Lansdown, said: “Interest rates on cash deposits aren’t going to rise anytime soon and certainly not significantly for three years it seems. That said, the Funding for Lending Scheme, which has depressed interest rates further, is due to end next year so there may be a little improvement then, unless it’s extended.”

Those investing into pensions should benefit from more stable and, hopefully, rising stock markets. Pensions are a long term investment and in most cases investors should keep saving regardless of short term news.

Forward guidance will bring clarity to annuity rates which have been subject to questions over rises for some months. We now know annuity rate rises are unlikely for 3 years.

He said: “As Mark Carney basks in the plaudits, many pensioners will be wringing rather than clapping their hands.
“The Governor’s commitment to what’s likely to be an extended period of low interest rates is disastrous news for pensioners who rely on savings for their retirement income.
“Such loose monetary policy may stimulate the wider economy, but the inflation side-effect it is likely to trigger will erode the spending power of anyone struggling to live on an annuity.”

The Bank of England itself has said in the past month that mortgage borrowers would struggle with monthly repayments if interest rates rose by as little as 2%, unless the rise was matched with a similar rise in UK incomes.

Therefore it goes without saying that those looking for a new mortgage, or already with one, will be relieved not to see their monthly repayments shoot up.

It is also worth noting that the UK’s recovery is largely underpinned by the housing market continuing to strengthen – which will require more people to want to get on the property ladder, more housing transactions and housing development.

“It is still too early to describe the housing market as being in rude health, however, as there is a worrying lack of stock, which is the main driver behind the latest rise in house prices. However, the number of transactions is also on the rise.”