I did not expect that 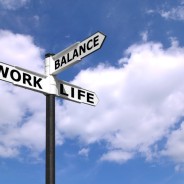 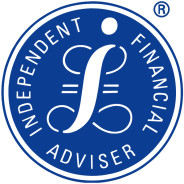 Posted by Mark Bugden on Mar 7, 2013 in General News | Comments Off on Effect of UK interest rates on consumers (07Mar13) 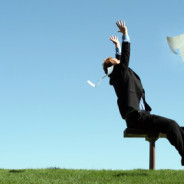 Posted by Mark Bugden on Feb 24, 2013 in General News | Comments Off on UK interest rates to remain ultra low until 2017? 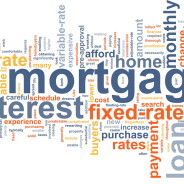 Saw this and hoped you would find it interesting, Bank of England also held the base rate again today. Mark

UK interest rates will stay at historic lows for four more years as the economy struggles to return to normal growth levels, Citi has predicted.

The investment bank said it expects the Bank of England to maintain rates at 0.5% until mid-2017, the Mail reports.

The central bank cut rates to this level in March 2009 at the height of the financial crisis.

It said the Bank of England will leave interest rates at 0.5% until mid-2017 – a year longer than expected – as it battles to restore the economy to health.

Citi also said it expects ratings agencies could strip the UK of its AAA rating next year as the government and Chancellor George Osborne(pictured) grapple with its mounting debt.

Michael Saunders, chief UK economist at Citi, said: “We think the UK will lose its AAA rating in 2013. The economy is likely to disappoint again in 2013. We expect that growth will stay weak in 2014,” according to the paper.

Standard & Poor’s, Moody’s and Fitch – the world’s three biggest agencies – have all put the AAA rating on ‘negative outlook’, and several economists expect to see a downgrade in 2013.

Last week leading thinktanks warned the UK could be teetering on the brink of a triple-dip recession.

The Centre for Economics and Business Research (CEBR) said the UK will probably have negative growth in Q4 2012 and could see a weak Q1 2013 as well. It put the UK’s chance of slipping back into recession at 50/50 unless the government manages to stimulate growth.

Meanwhile, the British Chamber of Commerce (BCC) urged the government to make bold moves to steer Britain away from the “point of no return”.

Could be good news if you have a mortgage but I hope we do not have a triple-dip recession! Mark

Posted by Mark Bugden on Jan 24, 2013 in General News | Comments Off on The New flat Rate State Pension

Found this from Legal & General and it explains the new state pension scheme, I hope it helps and if you have any questions just ask. Mark

AMOUNT OF PENSION
From April 2017, a new single weekly flat rate of £144 (in today’s money) for all pensioners (the actual figure will rise to take account of inflation) will replace the current system. The  tiers of the graduated, basic state and the state second pension will be merged into one, and the means testing complexity of Pensions Credit will be abolished. The single tier will increase in line with the average growth in earnings.

QUALIFICATION
To qualify for the full amount, individual will require 35 qualifying years of national insurance contributions/credits (increased from the current level of 30 years). After 35 years, no further benefits will accrue. Importantly, nobody will be entitled to a penny until they’ve amassed at least 7 to 10 qualifying years.  And those accruing fewer than 35 years but above the minimum number of qualifying years will receive a pro-rated amount.
The focus will be on individual qualification – being able to inherit or receive rights from a spouse or civil partner will cease. Deferral of the single-tier pension will be permitted in return for an increased weekly rate, but the ability to take the deferred payment as a lump sum will stop.
There’ll be a sharp cut-off point – the new pension won’t be available to those 11 million people who have already reached their state pension age by April 2017.
The proposals also confirm that the state pension age will be increased from 66 by 2020, then to 67 between April 2026 and April 2028. Due to increasing longevity, the age will be reviewed every 5 years.

CONTRACTING OUT
Scrapping the state second pension signals an end to defined benefit (DB) contracting out. The downside is that 7 million members (figures issued in the White Paper) of DB schemes (most of these are in the public sector) will face a hike of 1.4% in their National Insurance (NI) contributions. Furthermore, employers sponsoring such schemes will pay an extra 3.4% NI, and this cost increase is likely to accelerate the closure of DB schemes.

TRANSITIONAL MEASURES
Due to the inherent complexity of the current state system, transitional measures will address the issues of state pension benefits accrued prior to the implementation of the single tier pension.

WHO WILL BENEFIT?
Knitting together the diverse components that make up state pension provision won’t be straightforward – there’ll undoubtedly be winners and losers. Those who will particularly benefit will be women who have taken time off to care for children; low earners; and the self employed who currently are entitled to only a full basic state pension (currently £107.45 a week). The new system will be detrimental to those older employees with long-term membership of SERPS/State Second Pension.

IN SUMMARY
Despite these new proposals having some flaws, these changes should be embraced positively as individuals will understand their state pension entitlement and will be in a far better position to prepare for their retirement and plug any shortfalls with private pension provision.  At a time when auto-enrolment is being rolled out across the workforce, and individuals are being encouraged to make additional provision for their retirement, abolishing means testing creates far more of an incentive to save.